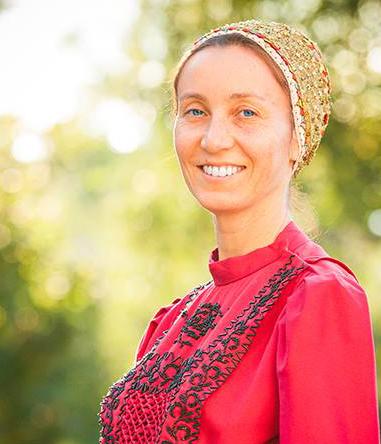 2. All my identities coexist and are equal. Between the two above there was a change of places when I became a full member of the Church in 2000. They are now equal and this is determined by the past of the whole community to which I belong.

3. My identity was formed by the fact that I am a part of a small and closed community of Banat Bulgarians in Bulgaria, which actively communicates with similar ones in Romania and Serbia. The constant differentiation from the others in Bulgaria made my self-consciousness clearly defined from an early age. So it did with all members of the community because of the language, the memory, the traditions, the folklore.

4. Family environment, family history, community history, knowledge, and duty are the main factors that shaped me. For the Banat Bulgarians time is a special concept. Past, present, and future are thought simultaneously, and eternity is real here and now. It is normal to say things like "when we go to Banat in 1738."

5. A representative of a migrant community with a self-consciousness torn by the confused notions of "home" in three countries. Memory formed by stories about "40 years of wandering in Wallachia and Transylvania", "the old nest", Mother Bulgaria, etc. (More on the topic on 95 pages in the electronic magazine "Ongle" (International refereed journal of ethnology, medieval studies, and archeology - http://www.spisanie.ongal.net/broi12.html) I have been managing the Falmis ensemble in Sofia for four years, and its repertoire in the first years was determined entirely by the community's connection with Austria-Hungary and its Catholic affiliation - Banat Bulgarian dances, Hungarian dances, and then Polish dances. Now authentic, endangered Bulgarian folk dances from small villages, where there are no more bearers of folklore. Guardian of the doomed to disappear - this is the ensemble.

6. They are present in everything I have been writing for 23 years.

7. My identity has always been a launch vehicle for everything I do. It bothered me when it attracted envy and malice, but then I usually succeed even more.

8. Only good things follow from my different identity. I have no problems, and even if I did, it only made me ambitious, so sooner or later everyone is convinced that it is better not to hinder the development of the things I do because my belief in the right is overwhelmingly supported by facts.

9. I currently live in Sofia. Before that I lived for many years in my native village, to which I will return again in years. Banat Bulgarians know how to transform the environment in which they find themselves in order to turn it into something they already know and come from. The villages in the three countries are a copy of each other, and now in the big cities, the communities manage to build their virtual and real space through the means that are possible - a small community in the parish, a society, an ensemble. All mechanisms that hold consciousness and be a way not only to survive but also to change everything around us. The assimilation skills of the community are well known. Every member knows that he must be a witness, an apostle, and an active publicist in order to represent not only himself but the community itself constantly and everywhere.

10. Being part of a small community is your unique chance to learn to be a powerful engine not only of your life but of the life of the whole community, because you are taught to "be" - a sign, an example, a witness, an actor, a memory and a future.