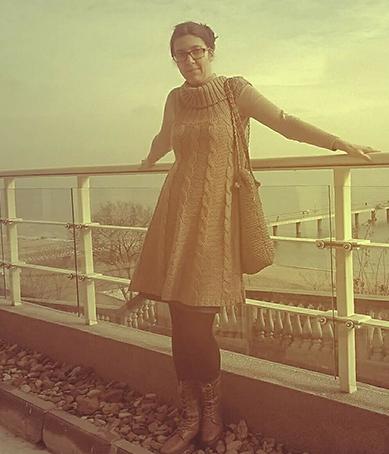 2. From the one(s) I am most sure about (the least changeable, only for me, of course) to the ones which can be subject to change: Gender > Family > Religious (faith) > Social > National. I do not identify with my job and education - it´s a thing I do, not a thing I am. Though it´s not really a matter of free choice - my research is mostly focused on the Bulgarian language, I am a native speaker of Bulgarian, Bulgarian is my only mother tongue (it would have been nice to have another one; or a dialect but...).
I haven't observed a noticeable change. I grew up in a relatively homogeneous family and overall environment, with relatively well educated parents (which is a privilege, of course).

3. I am not sure I am aware - I think that there are many factors - whether nature or nurture, prolonged experiences or series of events or a single event - that can influence one´s identity, including mine. Most of it is not exactly reversible or even noticeable - I do not think that my identity has been formed reactively - that is, consciously following patterns or as resistance or rebellion to one or another factor or event. I am not reactive.
I have an early-onset stutter (meaning I don´t remember myself any other way) and it has certainly affected me, but I am not sure how (it´s not like other people who might have some of my abilities and deficits would react like me - I don´t think that this is the mechanism... :) And this is also a thing I do, not a thing I am.

4. I am interested in different things. I am not prone to identifying with other figures though - I would rather think about how I would react in one situation or another (not as the other person but as myself) which doesn’t mean that I will react the way I imagine I would… I have very eclectic musical taste and I am not prone to fanship.

5. Not applicable. Professional literature aside, I read a lot of crime fiction these days, lots of nordic noir. I´ve graduated in Norway so, yes, it can be a sign of nostalgia. But I would prefer to give the credit to the authors instead.

6. I don´t have an answer to this so it wasn´t an obstacle, I guess.

8. Not applicable. I´ve lived in Norway for a great portion of a five-year period. I´ve lived in other places in Sofia. I think I could do it again. I still have these sentimental feelings for some places and residual nostalgia but I know that things change and one can get disappointed (or fell in love with the place again, of course)...