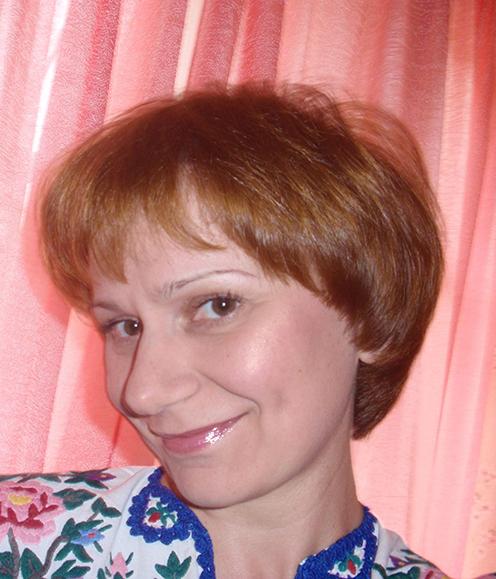 Wherever I am, I will always be Ukrainian and will always be Boyko and boyko (fighter). Boyko is Ukrainian ethnographic group, that has its own unique an idea of life in the society, the mentality which was formed in the enchanting Carpathian region. Life in the two countries and the frequent trips do not give me the feeling that I'm an immigrant. Moreover, consciously and definitely not accept diaspora's identity.

2. Three years ago I arranged them in the following way: family, profession, nation, religion. But the beginning of the Russian-Ukrainian war completely changed my life, so national identity drastically worsen, displacing the second and third plan work and family. However, I think that the profession is still closely associated with the nation: my personal professional success and for my country. The events in Ukraine especially in recent years require responsibility, a very clear position and efforts of every Ukrainian on the future of our country.

3. The first place is for my family with the classic rule "will not cry, you'll laugh." The family, which earlier learned about the tragic historical destiny of Ukraine and Ukrainians. Books accidentally "discovered" in the attic and read there later listened to radio broadcasts of the "Voice of America". All this together influenced the choice of my profession - desire to teach children to know native language and literature, to learn who we are Ukrainians. My parents worked hard for my personal growth and my complete personality. Of course, these were undoubtedly philosophical views of Ukrainian thinkers G.Skovoroda and P.Yurkevich, the Ukrainian and European literature.

4. For me, this picture-symbol is Ukrainian embroidery, and more precisely embroidered shirt patterned with different motifs. Embroidered shirts dress are very rare, traditionally only a great holiday or special occasion. Embroidered shirt symbolizes spiritual wealth, wisdom, and respect between generations; usually, it is encoded wish happiness, success, health and dominant reflects off the peculiarities of each region of Ukraine, sometimes up to now stored tragic story in borshchivska chemise. Moreover, embroidery has a very good psychological effect - soothes.
Music - undoubtedly rock.

5. Embroidered shirt rushnik (cloth) often occurs both in folklore and in the fiction. As in the mid-19th century and now it is a symbol of the peaceful Ukrainian nationalism, functioning as a marker for “our” and “foreign”.

6. In normal developed democratic societies with high levels of tolerance to any identity in principle not to be an obstacle / problem in life. However ... I think, have yet to go a great way to learn to have a more sensible attitude to “other”, “foreign”. In Bulgaria to me often happen unpleasant cases, because the Bulgarians perceive me as Russian and immediately switched to Russian (probably as a sign of respect), and when I insist speak to me in Bulgarian and that I am Ukrainian, I hear honesty: "Well, you - Ukrainians, are more damaged than the Russians."

7. In my case, my Bulgarian family understands me, supports, and helps me. It is very interesting because every time we learn something new, mixing our traditions and receives a lot of fun and interesting. We even have a family joke, how I on Christmas Eve prepared the traditional meal for Ukrainians kutia (wheat, raisins, poppy seed, honey, etc.) and almost offended husband's mother with such a thick hint.

8. For me displacements in new places they have never been a problem. It is interesting. I love to travel and meet new different people. I think a man should be like willow, wherever it is planted, if there is enough water, will develop very well.

9. People should know very well their traditions and history, should learn a little more (no stereotypes), about the culture and traditions at least the closest neighbors.