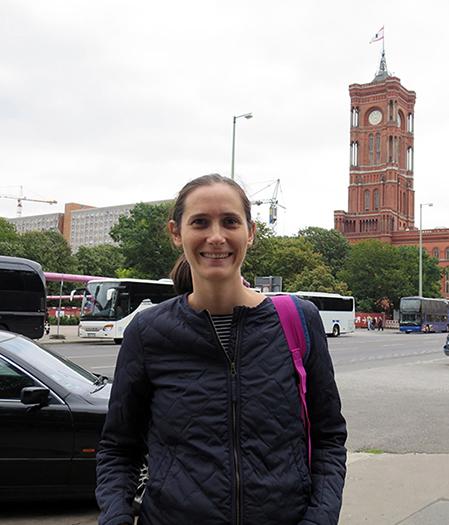 1. The first thing that comes to mind thinking about my identity is that I feel Bulgarian. On second thought, I can definitely say that my Bulgarian identity has been strongly interacting with other influences I’ve received when I was a child and I could define myself as a human of the world. My family situation is quite complicated in view of national identities. My mother is of the Finnish people who have remained within Russia’s borders after Finland received its independence in 1917. My mother definitely had her issues with her own identity and that of her family (being Finnish and Finnish language users in the Soviet Union), which has, in my opinion, modeled her identity and her way of thinking, which subsequently had an influence on me too. At the same time, my brother, with whom we share the same father, but have different mothers, is half Russian (we have always lived as one family). In other words, my family has always been “interesting” and unusual, things at home were different – in terms of tradition, daily life, language (we spoke Russian and rarely Finnish, besides Bulgarian), even food. My name is also different and I had always had to explain myself about it, everywhere. I’ve felt this difference since my childhood, but back then I couldn’t define where it came from, as it was the natural state of things for me. I wanted to be like the others and I couldn’t understand why it didn’t work out.
At the same time, I have always lived in Bulgaria, I have acquired my education here, my friends were all here, I was raised here with all the positives and negatives coming from that. I identify myself as Bulgarian as I don’t want to have grown up elsewhere and I wish that whenever I would have to live around the world I would come back here.
As about religion – it has never been of such significance to me. My father is not religious, my mother is a Lutheran. I am rather formally baptized in the Orthodox church (while I was a child, though). I would say that my interest towards my religion grew after I got married, as my husband’s relatives are much more passionate about religion.
In view of gender, I think I never thought about that. I have always thought about myself rather in terms of a human being than female, as that was the most important feature in my family.

2. As I already mentioned I see myself mainly as a human and my relations with other people are the important part.
I could say that after becoming a parent this identity became my most important one. I believe that children’s first years are most significant to their future development which is why I am definitely a mother above all other things, during the last years.
At the same time, I feel more and more belonging to my profession and it has taken a great part in my sense of identity.

3. I sometimes think about the influences, and I think the most important ones come from my family. The various cultures, the different perception, and beliefs that coexisted in my home have definitely affected me in a peculiar way. Besides, my whole life has been related to travel and movement, due to different reasons, and this has also influenced my identity, I believe. There are also a few persons that had a more express influence on me – close relatives and friends.

4. I think standard plots have their part in the construction of my identity. There has always been most various literature in our home and universal stories and plots are present in all cultures. Music is not my strongest stimulus, I feel more influenced by literature.

5. I could identify myself with Pippi Longstocking (still today), with Holden Caulfield.

6. I can’t say that I think about my identity in my daily life, I just think I am who I am. As I mentioned above, I felt wronged because I was not like the others. Now it is quite the opposite – I think it helps. It gives me a broader look at everything, it makes it easy for me to understand people, I am not afraid of anything new and different.

7. The last sentence in question 6 is relevant here.

8. I don’t think there is anything significant following. My only regret is that I rarely visit St. Petersburg.

9. I am really curious to see how my children will identify one day.