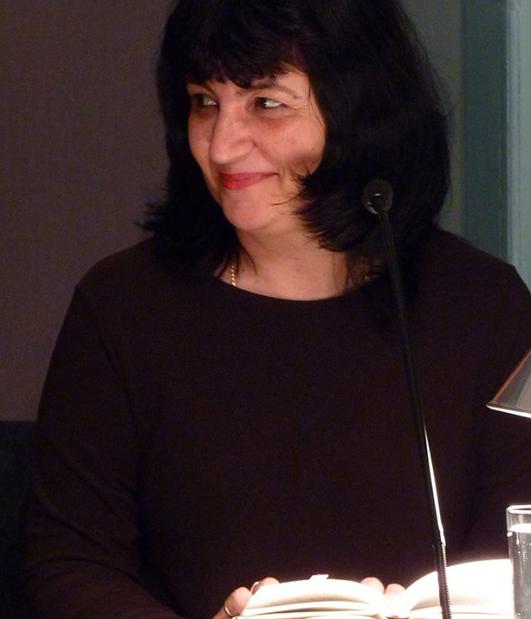 1. Since I’ve been living for 20 years in Switzerland, I define my identity as a bicultural, Bulgarian-Swiss.

2. I could not put the different aspects of my identity in any hierarchical order, as they are for me spheres of equal value and rank in my complete idea about myself, in my self-concept and self-image. These spheres are like the stones of Roman mosaic, that’s why I could not graduate them after hierarchical principles.

3. The influences, which formed my identity are first of all my self-perception, my feeling of self-worth in the process of interaction with my social environment and my personal life- experience. The forming of my identity was also strongly influenced by the languages (Bulgarian and German, since I grew up with both of them), by my self-esteem, which itself was affected by different events and experiences with important others in Bulgaria (parents, relatives, teachers, friend, peers, university professors, colleagues, chiefs) and in Switzerland (husband, family, colleagues, employers, friends). Some Christian values, as well as the political circumstances in Bulgaria until 1996 and in Switzerland since 1996 played also an important role in the development of my identity.

4. I identify myself to a great extent with the psychoanalytical opinions of Sigmund Freud, with the music of W. A. Mozart, with the revolutionary femininity of George Sand and Lou Andreas Salomé, with Arthur Schnitzler’s deep conflict between medicine and literature, with the richness of ideas of Elias Canetti, and lately also with the film figure Violet Crawley, Dowager Countess of Grantham, marvellous portrayed by the actress Maggie Smith in the TV-Film “Downton Abbey”.
My musical preferences turned out to be changeable at the time, but I think, that they also could express different stages in the forming of my identity.

5. They are present in the whole creative heritage of the mentioned artists and scientists.

6. The role of my already approved bicultural identity as a sum of two components: the one that I think, that I am and the one, that the others think, that I am, is crucial for my coping with life and for my survival.
A stabile identity (with its two basic components- the reflexive and the identificatory ones) is an important prerequisite for a good mental health, for a sufficient ego- strength, for the defence of one’s life-concept and for the coping with the challenges of existence. My identity has always played an important role in reaching my basic aims in life.

7. After undergoing the obligatory process of adaptation to the new environment, that everyone, who settles down in a new place passes through, I was able to build up successfully that bicultural identity of mine, which allowed me to choose, to gather and integrate significant for me parts of the Bulgarian and of the Swiss mentality, from both cultures, from both values systems, from both ways of living, from traditions and from some rules for interpersonal communication.

8. One carries his roots, the old ones, and the new ones, everywhere with himself and identity grows up exactly from these roots.

9. I feel it strongly everyday in managing life.

10. It is important to me to explain, what I understand under the term “identity”. My opinions about identity are based on the Erik Erikson’s concept. According to this concept, identity is not a statical reality, it represents a self-image and is to be understood as the perception of sameness in time, being also connected to the perception of the others. The concept of postmodern identity as a fragmented, polycentric (patchwork) identity, which changes everytime, according to the actual interaction with others, is unfamiliar to me and is not my own.