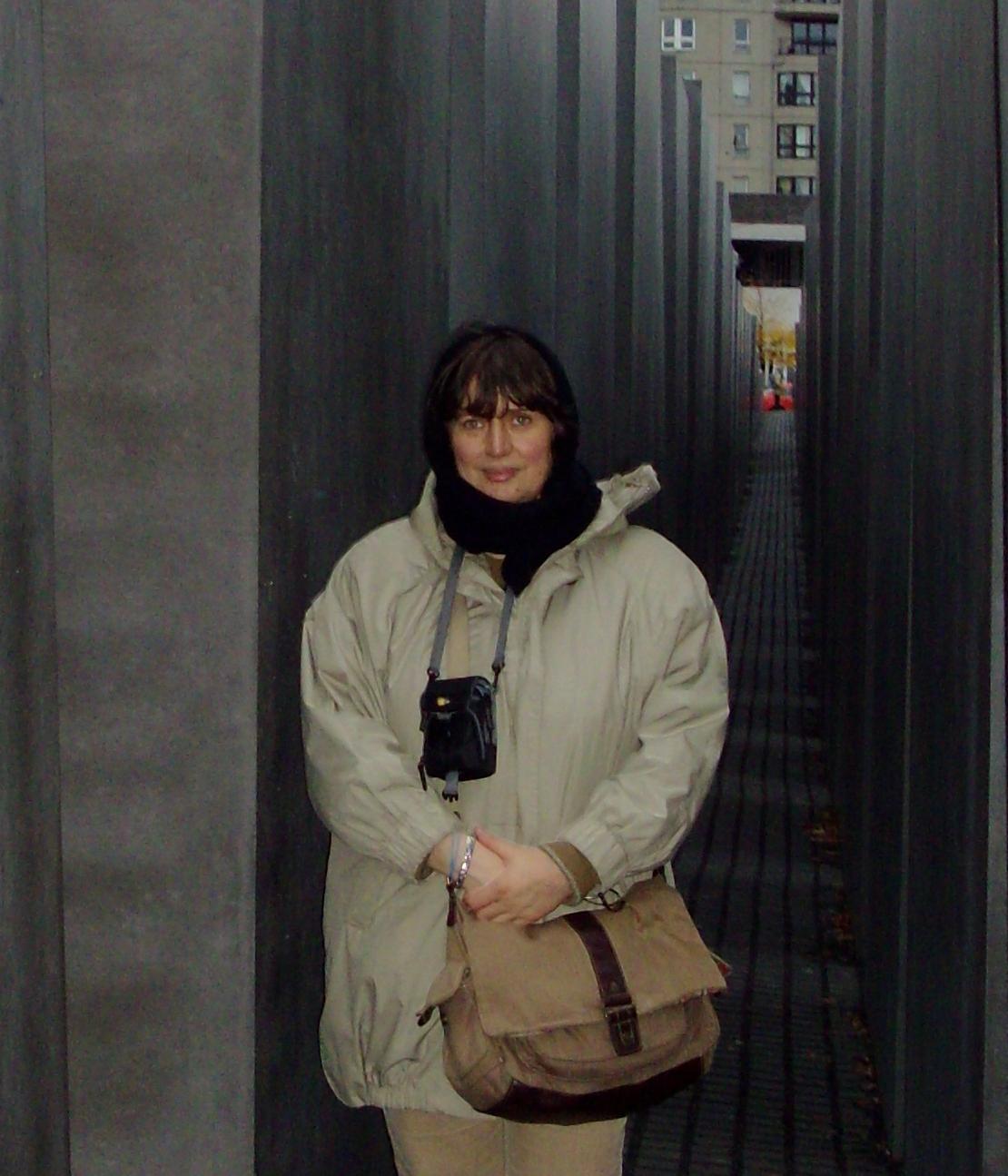 1. I am a Bulgarian, who lives in the U.S. and teaches French language and literature to American students. I can teach Bulgarian since I first graduated in Bulgarian philology from Sofia University “St. Kliment Ohridski” and have PhDs in Bulgarian literature as well as in French and Francophone literatures... Unfortunately, at least for the moment, there is no sufficient interest in studying our language in the American academy. I mean a kind of interest that can create full-time faculty positions in Bulgarian studies at the universities in the United States. Otherwise, there are some occasional courses in Bulgarian in a few American universities, usually at the beginner level and this is pretty much all.

2. I understand that this question is inevitably abstract... Like everything in life these elements of our identity are in constant interaction. What might define me best is the fact that I am a mother, and then - a woman who loves her profession as a philologist; a profession, related to writing, reading, and making bridges between different languages and cultures. I notice that in the social context of immigration, the family orientation, even for highly-educated people, is becoming stronger. I say family, not home, because home, seen as a place of residence, must be changed frequently in immigration, especially in the U.S., where even the local people do that often - people go to live where they find a job, not vice versa. Thus, it is natural that for the Americans not home, as a place of residence, but family is of particular importance. Family, although modified by modernity and postmodernity, is still the only sustainable “place,” in a way – a nostalgic gift from the pre-postmodernity. Hence, the influence of the American culture, centered on the family values, on immigrants is a fact. But there’s more... For the immigrant if s/he has a family and shares with her/his family members a common native culture, family becomes the symbolic territory. Territory, which begins almost imperceptibly to reference the motherland - as the only place left of remembrance for her and for preserving the mother tongue by using it to some extent, due to the conditions of bilingualism or multilingualism. For example, I talk to my children in Bulgarian, but it is often mixed with words from the American English; words that reflect everyday life or institutional realities. Realities that either don’t exist in our native culture or it is easier for us to speak about them in the other language because of the habit formation. On the other hand, with my mother, who does not speak English, I try to maintain communication in a purer Bulgarian, therefore my relationship with her preserves the most of the homeland connection. However the communication with my mom makes me notice with amazement my own going away, especially when I make an effort to translate for her and I see her surprise because of my failed translations. I would define this paradox as a progressive move towards the “subject in-between” utilizing here this ingenious concept of the Bulgarian immigrant-writer Dimitar Bochev. The “subject in-between” is a human being who is neither “here” nor “there.” I feel that this concept has begun increasingly to express my identity.

3. Of course, my family environment also formed me - I can state that I carry “my father in me” (to quote Pencho Slaveykov). My father was a sculptor and erudite who raised me to venerate and love arts and literature (especially the symbolists, Pencho Slaveykov, and even named me Irene after the title of one poem of the late symbolist Emmanuil Popdimitrov, etc.). He taught me to not be attached to the material, a mindset that is becoming increasingly uneasy to withhold at the time of merchants and traders.

Let’s be thankful that there is the other realm, that of literature and arts! We, the reading people, are alike because we seek ourselves and the multiplicity of truths about the world in the texts of other people, who lived in different time periods, cultures, and languages. The richness, obtained by reading, multiplies our identity, to the extent that we can ask whether literature is not our real homeland… Of course, I would not go into literary centrism, but, frankly, I’m also not very far from it. I love the Bulgarian literature, I was and I am professionally associated with it, but that does not prevent me from looking for new horizons and to “invite” to engage in a dialogue via me (I see myself while reading as serving as a vessel) diverse voices of writers from various literatures. In the last 12 years I deal mostly with Francophone literature and have made discoveries for myself that would not have been possible if I had not come to the U.S. It is a pity that Europe does not know well the Francophone literature; even in metropolitan France they don’t study so thoroughly the Francophone writers from Africa, Canada, Belgium, etc., as compared to their detailed study in the American academy. It must be emphasized that this is a uniquely American phenomenon, which, in my understanding, is a result of the notorious “political correctness” and the ongoing process of deconstruction of the established literary canons, a process with its pros and cons...

4. The images and themes of the road, the foreign lands and the quest for home, the Holy Grail, the figures of the stranger and the traveler, the translator and mediator are some of the images and themes that have put their imprint on my imagination and the way I perceive the world... For music as for literature, I cannot mention everything, but in the context of the question, I will outline a few… Yes, I started as a typical Eastern European schoolgirl from the late 70s to self-teach some English (gladly) by listening to the Beatles. Also, due to the influence of my father, since little, I love French chanson and classical music. I used to play piano for many years. I am always moved by the nostalgia in Chopin or Schubert or by the metaphysical urge in Bach’s Passions and Mozart's Requiem... Music helps us to seek and travel deeply into ourselves, beyond all identities; it is our hope for universality.

5. Since my years in primary school, perhaps as a premonition for my future exile, I was impressed by the lyrical digression in the second chapter of the novelette Nemili-Nedragi (Unloved and Unwanted, 1883) by Ivan Vazov: “Oh Bulgaria, never so sweet as when we are out of you!”, as well as by the lyrical empathy to the drama of the distressed people in exile in P.K.Yavorov’s poem “Armentzi” (“Armenians”, 1900).

As a child, and later, my favorite literary fairy tale was and remains “The Ugly Duckling” by Hans Christian Andersen. I followed with “pity and fear” duckling’s troubles: the constant rejection it receives from the outside world despite changing places until reaching its natural environment and knowing that, in fact, it is a swan, and therefore this was the reason for not being tolerated by the ducks. But who can tell today, as then, where the swans are and where - the ducks! I admire Saint-Exupéry’s prose - with its brave pilots and dangerous charm of flights in Courrier Sud (Southern Mail), Terre des hommes (Man and His World), and Vol de Nuit (Night Flight)… And, of course, Le Petit Prince (The Little Prince) - in the original, but also in the congenial translation into Bulgarian by Konstantin Konstantinov, - as the quintessence of the literary motif of being faithful to someone and/or to a particular place while in Journey… Journey that one needs to satisfy his/her gnostic curiosity and to test the strength of his/her bound to Home. I also admire Cavafy and his relentless determination that we, the Bulgarian readers, know from the magnificent translation of another metaphysician and my very favorite Bulgarian writer, translator, and cosmopolitan figure - Stefan Getchev, whose translation I quote in the Bulgarian language version of this poll. Here, I will quote Cavafy, rendered into English by Edmund Keeley and Philip Sherrard:

Ithaca gave you the marvelous journey.
Without her you would have not set out.
She has nothing left to give you now.

And if you find her poor, Ithaca won't have fooled you.
Wise as you will have become, so full of experience,
you'll have understood by then what these Ithacas mean.
(C.P. Cafavi, “Ithaca,” Collected Poems, Princeton University Press, 1992)

6. In response to one of the previous questions I defined myself as a “subject-in-between.” This state of being both helps and hinders ... It certainly helps me to manage in different cultures and in a few different languages... And, yes, as well, for the opposite effect - it prevents me to feel uniform and balanced, to be fully confident in what I say, instead of feeling, as I often do, like constantly translating; it’s tiring .. On the other hand, I would not easily replace all these windows, which give me contacts with different cultures and languages, with an only one window house.

7. In some of my previous answers I touched upon this question.

8. I believe, I have already answered this question. Please see above.